The videogame resource I used less as a kid is the most common thing in my adult life: the “ghost” feature for racing games, which means a transparent and immaterial copy of your car races against you doing your best lap. The best version of you versus you: the overcoming of yourself, now empirical and unmistakable.

I’m writing this at 4 am, knowing full well I should wake up at 10 and that if I am lucky I’ll manage to be up by 11. Before I was doing this, I was on Youtube. Before that, I was washing dishes piled up for two days, and taking three hours longer than expected organising stuff, sending email, writing down things I shouldn’t forget about tomorrow. The best of me – my “ghost” – would have been tidier. More efficient. And he wouldn’t merely have done everything I had intended to have already done at this point in my life, he would have done more. He would engage his community. He would be active in social movements. He would be… I don’t know. Healthier. He would take better care of his (mine) hair.

My ghost haunts me. That’s what ghosts do, of course, but he doesn’t really threaten me. I know he can’t hurt me. He won’t break my arm. I live well, smilingly so; I nod to strangers on the street. Still, I feel its shadow over the pacific point over which my spirit’s dust no longer tornadoes, settling for slow disappointed reproach, laying on my shoulders the weight of knowing I am made of a thousand daily failures.

And you can’t consider the ghosts pseudoscience or hallucinations, as they are in the real, material, social world. My ghost isn’t as visible as the games’, but he can be measured by each and every little thing: by how long it takes to realise, after I’ve arrived, that I should have taken care of something where I came from. By the badly done calculation of the time needed for routine tasks, which makes me think it would be better to do this tomorrow, and that next week, and that other thing only next month. I can see myself beaten by the best of me by the greasy snack 1) I should not have bought, as I am trying to both save money and lose weight; 2) was definitely not worth the price I paid for it; and 3) I wasn’t even hungry for to begin with.

I heard it’s all about the nighttime. Sleeping few hours makes us foolish. But it’s a cycle: I rarely catch myself thinking I’ve done all I wanted to do. I feel bad for it and, to flee from my ghost, I run towards a land of fantasies, worries and plans; things that are never going to happen. I sleep badly, I go through the following day just as horribly, and as I get frustrated it’s time I ought to be sleeping awfully again.

The ghosts are out there, not in subjective caves; today they come from the very technology that allows us to find out whether we got worse or better as time went by (if we have the stomach, that is, to look at who we were months or years ago). The evolution of the videogame, that only had us deal with our individual ghost – no; on Facebook, we also face other people’s ghosts.

After all, we only share the best of ourselves. And hence what you see in other people’s profiles is the best they have. Our mundane existence, the here and now of unironed clothes, busted deadlines, bank queues over unpaid bills… That is never going to fill the plastic masks one moulds or buys online. And the curious thing is nobody, deep down, knows anything: other people’s ghosts, with whom we interact, are really only illusions. But when we face them, these versions of human beings that have read the books, have seen the movies, have heard the songs and have opinions on everything, that’s not what we think. Of course they’ve done all that. And so could I have.

Hell isn’t other people, because the devil’s fire is behind our own eyes; it was our gaze that died regretlessly. Each glance at other people’s lives is of a sick and algorithmic naivety – the receiver who respects the emitter these days is a poor bastard. The ghosts of the screens are proof that individualism doesn’t exist. We seek, in others, signs, tips, clues of how to lead a life. To live is to do that – to believe that someone somewhere has a map out of the swamp, or that everyone else’s got a better map than ours. Nowadays the GPS is telling us to ask the ghosts. The results? We realise they can fly and that we can not. And then we look at each other – at each other’s ghosts – hoping they don’t notice that we are never up to anyone’s successes.

We’ll never be our ghosts. Not when we die, nor here, where the gods that judge us are nearly anonymous – their power, an illusion, for they are ghosts just like us. We pray, nonetheless: give me likes; help me nurture my ghost, to lift it up to heaven (maybe I won’t be able to see it – but then what do I become?). Our ghosts do us no good. Reason fools us, making ourselves believe they are like democracy: it doesn’t matter if we can’t be like them now, they are a beautiful ideal, a naturally unreachable horizon. Bullshit: I don’t know in what way I’m growing or getting better every time my ghost defeats me. The best version of myself, I think, wouldn’t fall for that. 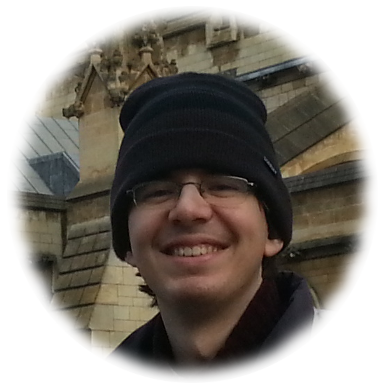